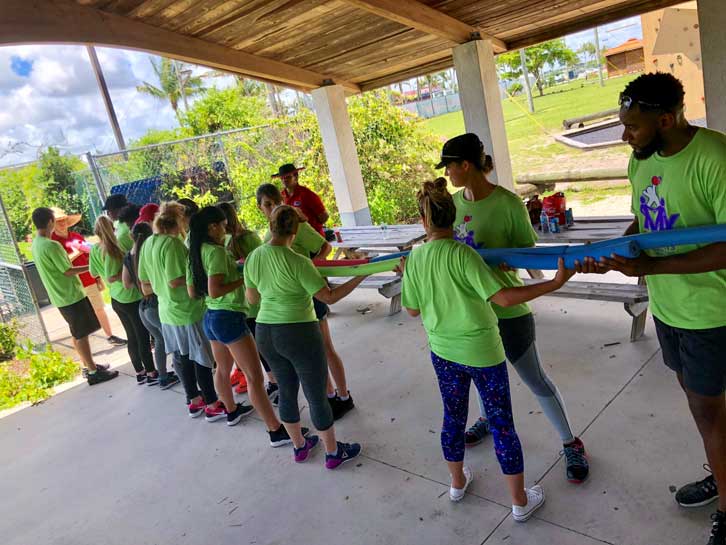 THIS IS A PICTURE FROM OUR SON BLAKE NOW

THIS IS A PICTURE FROM OUR SON BLAKE BACK THEN

I would never leave my child alone. Never ever. Anywhere. I never thought it would happen.

My son has autism.

My son was the one who didn’t like to wear clothes.

My son was the one who ran out of the house and down the street.

My son was the one who didn’t respond when his name was called.

My son was the one who, in elementary school, cut the GPS tracker off of his wrist. (Yes, he put a scissors to his wrist without any adult noticing!).

My son was the one who peed and pooped whenever and wherever.

My son was the one that would go with anyone who took him by the hand.

My son was the one that I needed to know was safely in bed at night before I could leave the house.

My son was the one with the bloodcurdling screams and odd mannerisms that everyone would stare at.

My son was a handful.

My husband, myself and our other three children succumbed to life as it was living with this child with autism. We were always alert, aware and on guard. We always hoped that things would change. We tried new strategies and diligently worked to help our son. We stayed strong together for him and for each other. And, somehow, in some ways, we have been successful.

This morning I had to unexpectedly rush out of the house because my husband forgot his wallet and needed it. I turned to my now 13-year-old son with autism, told him that I had to “take daddy his wallet” and asked my son if he wanted to go with me or stay at home because I would be back in less than 10 minutes. He told me that he wanted to stay home. I left alone. He was at home all by himself and I was fine with that. Unbelievable.

Let me tell you about this boy that I described above:

He now responds when spoken to.

He now pees and poops in the toilet.

He now wears clothes throughout the day.

He now voices his desire of whether or not to go with another person.

He now can engage in a conversation. He no longer roams away.

He no longer spends the majority of his days screaming.

He no longer needs to be tucked into bed before I can leave the house.

I spent so many years watching and reading about other families of children with special needs, wishing that my life could be like theirs in some ways. Now, my wishes are coming true. My son has a good understanding and grasp on life and his routines. He can now do so many of the simple yet necessary tasks that would be expected of a typical teenager like brush his teeth, put on deodorant, and tie his shoes. My husband and I can actually go out to dinner now with other couples at a reasonable dinner hour (as opposed to waiting for our children to be in bed). This year, my husband and I actually took a vacation alone, leaving all of our children with amazing family and friends. They were safe. They were happy. And we had a chance to feel like “typical” parents.

My son still has autism. However, he has changed so much over the past decade, in lots of positive ways. That is the best motivation and inspiration for our family to keep pushing, hoping and striving for him to achieve and grow more. We are a team, doing it together. We are not going to settle and stop here. Instead, we are going to set new goals and figure out how to achieve them. Goals like making friends, using a smartphone, and understanding the concept of money. And then, after we have conquered those, we will go through the process again and set more new goals. The possibilities are endless. It may take baby steps and it may take a lot of time, but, as long as there is a chance of making progress, we are going to do it.

On days like today when I have a moment of self-reflection and realize how far my child has come, I feel a renewed sense of strength. Through this article, I hope that I can pass that strength on to another parent who, like me, is challenged by the realities of raising a child with special needs. We are the lucky ones who truly know how to appreciate, value and treasure the smallest moments of success.